14 Years Of Bitcoin: The Story So Far

31 October 2022 marked exactly 14 years since Satoshi Nakamoto first described his new idea for peer-to-peer electronic cash in the Bitcoin white paper, which he announced with a post on the Cypherpunks Mailing List.

Since then, blockchain technology has grown into a thriving, trillion-dollar industry. But how did it all get started, what have been some of the milestones along the way – and what might the future hold?

A Short History Of Bitcoin

Bitcoin was (and is) a brilliant idea, but it didn’t arise out of a vacuum. The Cypherpunks, a group of technology enthusiasts wary of increasing electronic surveillance, had advocated the use of strong cryptography to maintain privacy and shown keen interest in decentralised online money for many years.

Here are some of the key moments from the past 14 years of Bitcoin’s history, including both famous (and infamous) events, and some that are less well known.

Satoshi launches the Bitcoin blockchain by mining the Genesis Block, which contains a reference to the fragility of the traditional financial system: ‘The Times 03/Jan/2009 Chancellor on brink of second bailout for banks’. He will go on to mine an estimated 1.1 million BTC in the following months, none of which has ever been moved.

Satoshi sends Hal Finney 10 BTC in the first ever Bitcoin transaction. Finney, a cypherpunk and software developer, was one of the first people to run the Bitcoin client after Satoshi announced it. At the time, Bitcoin was just nine days old and had no financial value.

It took another 16 months before anyone took the step of using bitcoin as a currency – its stated purpose. Developer and bitcointalk forum user Laszlo Hanyecz famously paid another user 10,000 BTC to send him two Papa John’s pizzas, worth around $40, giving BTC a value of roughly $0.25 each. Today, his 10,000 BTC would be worth a total of $200 million. The crypto community still celebrates Bitcoin Pizza Day every 22 May.

MtGox, the first bitcoin exchange, is launched by Jed McCaleb, who adapted it from his project for trading Magic: The Gathering Online cards. In 2011 McCaleb sells MtGox to Marc Karpeles, going on to co-found Ripple and Stellar. MtGox rapidly grows, and at one point manages 90% of all bitcoin trading volumes.

Bitcoin has an impressive record of 99.98% uptime. Part of the 0.02% downtime occurred in 2010 in the so-called Value Overflow incident. A bug in Bitcoin’s source code meant that a user was able to create a transaction for 184 billion BTC – far more than Bitcoin’s hard-coded 21 million maximum supply. A few hours later, Satoshi Nakamoto pushed a fix and normal service was resumed – with the extra bitcoins erased from existence.

MtGox had not been built well, or audited properly, resulting in a number of hacks over the years. On 13 June 2011, when BTC was trading at around $30, a hacker stole 25,000 BTC from almost 500 accounts. Four days later details of Mt Gox’s user base were leaked for sale, and two days after that, a string of fraudulent trades crashed the price on the exchange to $0.01.

The largest ever BTC transaction: November 16 2011

500,000 BTC are moved in a single transaction. At the time, they were worth a little over $1 million. Today, they would be worth $10 billion.

Having stepped back and stopped communicating on the public bitcointalk forum, Satoshi sent one of his final emails to Bitcoin developer Mike Hearn on 23 April 2011, saying: ‘I’ve moved on to other things. It’s in good hands with Gavin and everyone.’ Three days later he sent a final message to Gavin [Andresen], another new Bitcoin Core developer, with the request: ‘I wish you wouldn’t keep talking about me as a mysterious shadowy figure, the press just turns that into a pirate currency angle. Maybe instead make it about the open source project and give more credit to your dev contributors.’

Bitcoin’s mining rewards are cut from 50 BTC per block to 25 BTC.

Two and a half years after its first brief downtime, Bitcoin forks into two networks due to a new release of the Bitcoin software being incompatible with the previous version. The network split is brief, but serious: far more people are using Bitcoin, and there are higher trading volumes. The price of bitcoin fell almost 25%, to $37, before recovering.

Alongside a speculative bubble that peaks at almost $1,200 at the end of 2013, Mt Gox users begin to experience problems with withdrawals. Trading is halted at the end of February 2014 and the exchange closes for good. It later turns out that a bug has enabled a hacker to steal 650,000 BTC from the exchange’s reserves, most likely over a period of over two years. The development helps to catalyse a year-long bear market that sees bitcoin crash to below $200.

Following the end of a nasty bear market, the next Halving generates significant hype and helps begin bitcoin’s bull run to the peak of the next bubble at almost $20,000 in December 2017.

Rising transaction fees and congestion lead to a bitter war between different factions in the crypto world. Spearheaded by early Bitcoin advocate Roger Ver, the Bitcoin Cash initiative advocates larger blocks to enable higher throughput, but this is viewed as a move to centralise Bitcoin, both technically and under a new figurehead, by traditionalists. The fight for the soul of Bitcoin is played out as miners allocate hashrate to their preferred chain. The blockchain irrevocably splits into Bitcoin (which receives the most hashrate), and Bitcoin Cash, which essentially becomes a minor altcoin. A year later, on 15 November 2018, factions within Bitcoin Cash end up forking the project into Bitcoin Cash and Bitcoin SV.

First proposed in 2016, the Lightning Network (LN) is a layer-2 solution for Bitcoin. The network is designed to run on top of Bitcoin, addressing the problem of high transaction fees and enabling fast microtransactions, as well as supporting smart contracts. The Lightning Network goes live in beta in March 2018, and has seen rapid adoption in recent months, with over 5,000 BTC locked in payment channels.

A reddit user creates a tiny piece of art titled Black Swan, and auctions it to the lowest bidder. The winner pays one thousandth of a Satoshi – just $0.000000037 – via the Lightning Network. It is impossible to transfer less than one Satoshi using the Bitcoin blockchain itself.

In dollar-equivalent terms, the largest BTC transaction is a 161,500 BTC withdrawal from an exchange, worth $1.1 billion.

Bitcoin’s third Halving sees block rewards drop to 6.25 BTC. The fourth Halving will likely take place in the first half of 2024.

IT corporation Microstrategy announces it has purchased 21,454 BTC for a total of $250 million, with CEO Michael Saylor arguing that inflation was turning the company’s $500 million cash reserves into a ‘melting ice cube’. Microstrategy continues to buy through the following two years, amassing around 130,000 BTC.

Tesla announces it bought $1.5 billion of bitcoin in January 2021, in a filing to the SEC. The news pushes BTC to a new all-time high, but Tesla will later sell the majority of its holdings after disappointing earnings.

From Bitcoin To Blockchain

In launching Bitcoin, Satoshi Nakamoto also launched the blockchain – the decentralised ledger that underpins cryptocurrencies. Blockchain technology has developed alongside and independently of Bitcoin, finding a growing number of real-world applications beyond digital cash.

After 14 years, Bitcoin and blockchain have proven they are here to stay. These new technologies – perhaps now no longer so new – are becoming integrated into the web and the online services we all use, every day. In another 14 years it’s likely that crypto and blockchain will be considered unremarkable, and will just be part of the infrastructure of the web. Just as TCP/IP, email and social networks were once cutting-edge, we will take blockchain for granted and won’t question its use in applications that span every industry. Bitcoin, meanwhile, will be established as a global asset class, held on the balance sheets of corporations, institutions, and central banks, as well as by households and individuals. 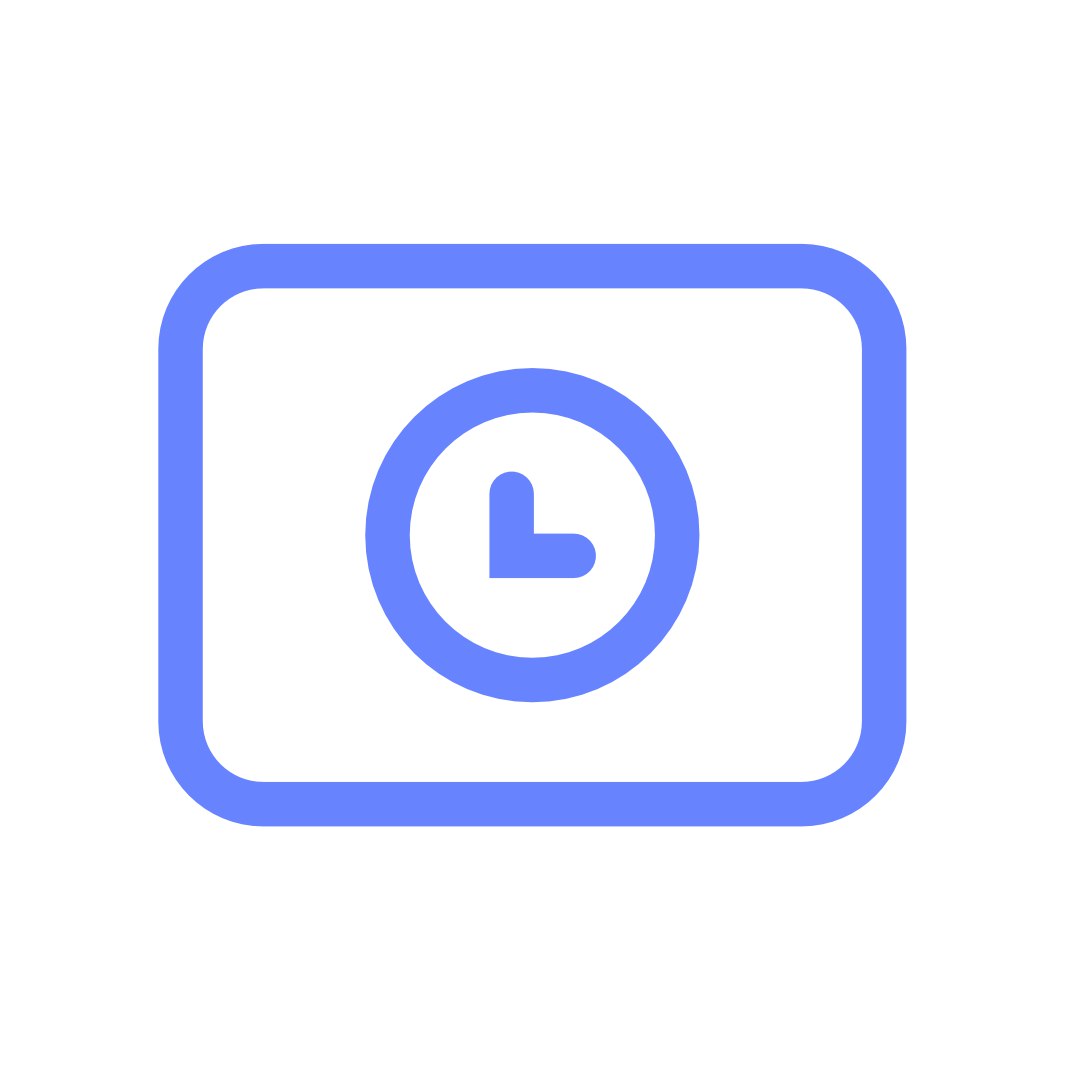